We are leaving in a little bit to go out of town over night. We are doing it on the cheap - had free hotel night and made sandwiches and snacks to bring with us (just remembered forgot to pack the brownies so need to do that after I sign off here). We will have a beautiful drive. Oh and we also packed quite a lot of toys! Yay!

Email ThisBlogThis!Share to TwitterShare to FacebookShare to Pinterest
Labels: just for fun, travel, us

Warning a rant tonight...and it might be just because I am not feeling well.

Okay, tonight's come on -- hit that level of one too many. I usually don't answer them. But on FetLife I do as I am greeter there and often the people that send me come on replies are people I have greeted. It happens less now that I changed my greeting making it very clear in the beginning I am just the one of the people from the welcome wagon. But it still happens. And so I usually politely reply to them saying I am just there to greet them and happily in a relationship. I also get those that friend me because I greet them. And I don't mind that but sometimes they are friending me to come on to me.

One reason I like FetLife as it has cut down on the HNG's for me. Whenever I signed on to Bondage.com - it was moments and I was getting a message asking to chat or having a rude come on. And on FetLife people can't see when you are online and it is meant to be more social networking than a hook-up place like bondage.com or collarme.com so it has been nice.

Anyway tonights email had so many problems and most message of that sort are similar...but I really want to know if it works for them? It must at some point or they wouldn't keep doing it right? It is sad that someone would reply to it. Makes me wonder about why they respond - what about it works for them.

So tonights said he read my profile on FetLife (which most of them say that)....

This is my profile:

So I have been trying to come up with a more personal about me blurb. As I say on my bio on our website I always hated standing up and introducing myself on the first day of class. And the same is true now. I never know what to say.

Just a few things.... I am wired for domestic service, to obey and be property. I am bisexual, masochistic and sexually submissive. I consider myself poly although Master and I aren't actively seeking outside relationships at this time.

I am a long time blogger - blogging about my life and thoughts/beliefs of the lifestyle. We have a website that is called within Reality because although we are a kinky Master/slave couple we believe in keeping our feet firmly planted in reality. It has our thoughts on the lifestyle as well as various resources and essays. I also have a group here on FetLife devoted to Domestic Servitude.

I am.... a mixed media artist, passionate, serious, strong willed, emotional, open-minded, procrastinator, loyal, shy but outspoken and just a complex mix of things that shouldn't go together.

And last but certainly not least....I have been owned and in service to Michael for 5 years. I am very proud to His.

So this person took one thing I enjoy and pulled it out and asked about him and I doing that together. Of course this thing was a BDSM thing and of course they just skipped over the fact I am property. Now I get some people don't understand what that means. And they just think everyone is poly or in an open relationship or that they just don't care. But I guess if I was going to come on to someone who was in a relationship - I might scope out first if they able to see others or how it works for them and so on. Might become friends with that person and ask how they handle playing with others if that is what I was wanting. Anything other then hey baby want get together and do such and such.

An odd coincidence I just went to FetLife and there is a thread on a group about a man that did a test on doing polite introductory messages and the rude one liners that many of us say we don't like and the rude one liners got more responses. He felt it was because submissive women wanted a rough man and the polite message comes off effeminate. Do you think that is true? It isn't true for me. I really don't get it.

I just mentioned recently how it was an anniversary for Master and I - it was when he sent me his first message and I replied to him. The reason I replied to him is because he was so real, honest and that came off confident and strong to me. And that is what made me want to reply to him right away.

So the one-liners and lets get-it-on type emails just don't do it for me. They turn me off and annoy me.
Posted by danae @ 10:56 PM 7 comments:

Just thought I would do a little update since I have been quiet lately....

Master and I have had colds. So been trying to nurse us back to health. Because I am sick I am extremely tired so not much energy for much besides work and stuff around the house.

We have a family member has been having serious health problems and rough time so we have been doing lots of phone calls, waiting and figuring out what is going on there. And will probably be spending a lot of time in Denver in December.

I dyed my hair - it was suppose to be purple but didn't come out that way. I mean if you pull a few strands out - they look purple but all together they look more dark...maybe more a red plum. But I will try it again - I am sure.

Master and I hope to get away over night next week to the same place we went November 2003. I am really looking forward to it. Not only is it incredibly beautiful - we had just a lot of fun last time and I know we will this time too.

November 2002 Master wrote me for the first time. So I have been kind of being nostalgic and remembering that recently. Very good memories.

Really not much else I can think of to write about - at least at this moment. I just don't have the energy. My cold making me extremely tired. I hope to get some energy to do a post of substance soon.
Posted by danae @ 11:05 PM No comments: 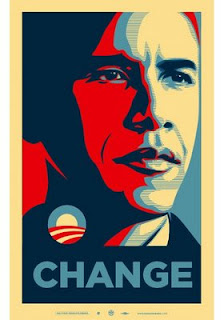 I have no words for what I just witnessed...I am just so very happy. I have been through a half a box of kleenex from happy tears.
Posted by danae @ 10:36 PM No comments: