We have quite a few toys we don't play with and my take on why that happens with us is that we get caught up in the heat of the moment and just grab what is on/in our nightstand and Master uses his hands A LOT....spanking, grabbing, squeezing, slapping and punching. So we just don't make it to the bigger type toys like floggers, cane, whip and so on.

I asked the question because Master used a toy on me recently that we rarely use but I LOVE. It hurts like hell but I love it. Master and I both talked about how we need to play with those toys more. Oddly for us it is setting aside time to play in that manner. We play with sex always but to "scene" per se we don't do often so need set that time aside.

We both talked about how much fun we had and how relaxing it was for both of us. And with Master's busy schedule he really could use some down time and getting frustrations out by beating me - well I am all for that.
Posted by danae @ 10:50 PM No comments: 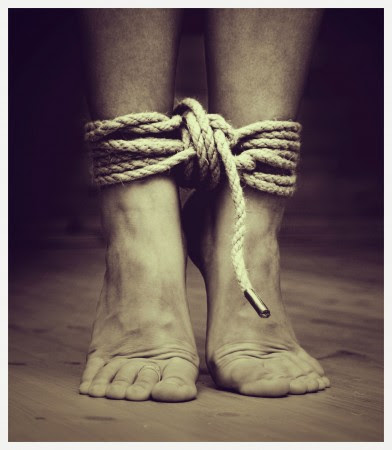 Welcome to Pleasurists, a round-up of the adult product and sex toy reviews that came out in the last seven days. If you like what you see and want more of it be sure to follow our RSS Feed and Twitter.
Did you miss Pleasurists 137? Read it all here. Do you have a review for Pleasurists 139? Be sure to read the submission guidelines and then use the submission form to submit before Sunday July 17th @ 11:59pm Pacific.
Want a shiny new toy? All you’ve got to do is enter.

Scarlet Lotus
On to the reviews…
Vibrators 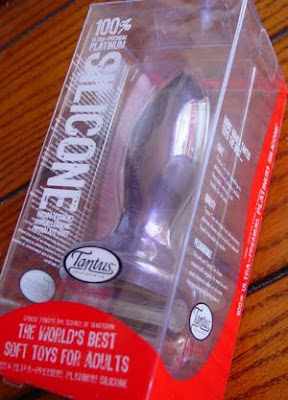 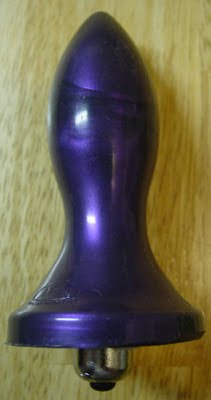 One thing I read about AFTER using the B-Bomb was the instruction to use a little water based lube on the bullet before putting it into the base of the plug. Then that way it won't be so difficult to take out and put back in after cleaning it. If you don't lube the bullet, it is very hard to get the bullet back out of the plug. This bullet is waterproof so just a little water based lube on it is suppose to be okay and help with that problem. I haven't tried it yet but I will be NEXT time for sure. 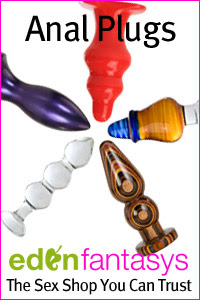 * I got my hair cut - almost 11 inches off. I haven't had it this short probably since I was in high school. I wanted something different and decided it was hair and if I didn't like it - it would grow back out. And well I don't really like it. I think I will like it a bit better when it just grows out a bit more. But right now it is too short. All this was with Master's approval. He likes it but knows it wasn't what I was going for when I went to get it cut.

* The hair stylist was asking me how I wanted my bangs. And I said to the side and longer. I told her I usually did shorter straight across but since I am going to part on the side I wanted longer to the side. And she said well since you are so young you can pull that off. And I kind of laughed. I said, "I am 43 - is that young?" Because she had to have been in her late 30's so calling me young made it seem like she thought I was I was younger then her. And it turns out she did. She was stunned. She kept repeating that there was no way she would have guessed I was 43. She thought I was really young. She never said how young but I am guessing younger then her. So that was a nice compliment. But I thought the whole bangs comment was weird that having bangs on the side was only for young women. When did that happen?

* I don't have pictures of my hair yet - because I don't like it.

* I am happy to report though Master can grab my hair and get a good grip into it. Because the other day he came home from an appointment and came in the door grabbed my hair and bent me down...just kind of wielding me which way he wanted and then finally kissed me. Kissed me long and deep and hard - all while his hand was still pulling my hair. Made my knees weak.

* Master's girl aria came to the house for the first time on Sunday. This will be a more regular thing now which is a good thing. But it stressed me to the max. I am obsessive about the house and guests. And this is her first visit - so she is a guest even though she is becoming family. I know that probably doesn't make sense but I am neurotic.

* Right now the business - has been taking my time full-time. And so I just don't have time to keep the house up. I was cleaning the bathroom the other day and dusting the tops of these lights we have at the very top of the ceiling that need a step stool to clean - and they hadn't been cleaned in I don't know how long and it bothered me A LOT. I thought about when Master didn't have his own business and worked outside the home - and I was basically a domestic slave full-time - the house was really clean. And now it gets to be too much. I don't know how other slaves do the full time job and all the domestic stuff. And it isn't just time - I mean I know I can manage my time better but it is also energy. By the time I have done all the work for the business I am so mentally exhausted that I feel physically exhausted as well.

* I mentioned in a post a while back a couple that might move to the area and then decided against it - well the are moving to a nearby town. So we are very excited to have them close. They are in town before moving into their new home and so we got together with them for breakfast yesterday morning. It was so nice to catch up with them. And so great that they will be closer to us now.

* We went to a local munch. It was our first and I know it will get better once we get to know people. I also know I was really spoiled by my Ohio friends - they made it easy to make friends being so warm and welcoming. I miss them so much.

* Just had a movie night with Master and aria - watched the first Harry Potter movie. Gearing up for the final movie. During the movie Master reached over and just grabbed one of my breasts like he has a vice grip instead of a hand. Damn it hurt. Just sitting here typing it - makes my breast throb from pain again.

Master and aria are having some quality time now. Master and I are spending tomorrow together. I got my period last night and right away I thought that might ruin our plans and it was like he was reading my mind because he said to me that is not going to ruin our plans. Unfortunately I did hurt my knee today so I hope that doesn't ruin anything. Did get a chance to play with a new toy recently and will have a review up on it in a few days. Sunday aria will be back over to spend the day with Master.

Well I am going to take some time to just do some emails and work on my review. I hope everyone has a great weekend!
Posted by danae @ 8:26 PM 1 comment: 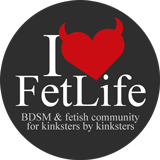